Our good friend, and sometimes advisor, Lonnie, passed away today. Here was indeed a man who truly was always there for someone who needed help. He was just that kind of a person. Joe and I will miss him. . .terribly. Editing his books, as a legacy, I wrote this eulogy for one of the books he asked me to finish. Lonnie loved sports, any kind of sports (in his younger years he was a coach), and I think the analogy that came to me best describes his ‘always fight the fight’ attitude. . .

HE WENT THE FULL TWELVE ROUNDS
(An Epilogue for Lonnie Juarez, Jr.)

In the ring of life, the boxer stands, goes through the intricate foot work and routine that boxers do, and some are better at the ballet and jabbing than are others. The boxer continues for as many rounds, and for as long as possible, in that ring of life, whose competition is meant solely to fight for that life in the balance. The element of time in the ring is of no consequence, however. For some boxers, their time spent in the ring can be long and enduring, while for others, shorter and less enduring. It’s therefore the quality of time spent in the ring, not the quantity, that counts.


Still, the traditional 12 rounds is the benchmark for fighters in that ring and its demanding conquest. And our friend, father, and brother, Lonnie Juarez, Jr., since January 2014 had finally made it to the 12th round, in December, for this period marks the time when he first entered the ring in that round. Most assuredly, Lonnie could hold his own against his worthy opponent with steadfast courage, persistence, and determination. Thus, Lonnie’s customary positive energy; his ‘always fight the fight’ stance until the very last. This remarkable attitude is what kept him in the ring with his unseen opponent, whose presence was more strongly felt during this final 12th round. Then, like all fights in life’s ring, Lonnie’s time had to come to an end. His fervent and steadfast match, however, was not declared a knockout. Neither was it a draw. Instead, it was just time for Lonnie to stop fighting; a time to rest. And there was nothing more to fight, besides; not even a temporal reason to fight any further.


The 12 rounds that denote Lonnie Juarez Jr.’s last appearance were finally over (January 7, 2015). It was time for him to sleep and dream. One also never gets to fight in a 13th round. There is simply no more fight after the 12th round. Dream other dreams, Lonnie. . .and better! You will be missed and yet remain present in our hearts and thoughts, always.

Your appointed biographer and friend,

Richard Kerry Holtzin,
(a fellow Ph.D. who was privileged to know and work with you over the years) 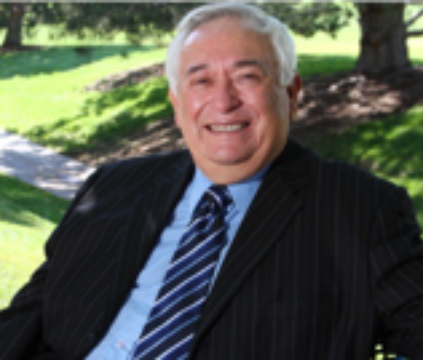 Lonnie G. Juarez, Jr., Ph.D. has been an educator, business owner, business consultant and trained businesses in the use of computer technology. In addition, he has provided leadership training to various businesses in Santa Fe and Albuquerque. Given his personal life, Lonnie is a father and grandfather and through all the years of experience he recognized a need for children’s books geared to their learning about gratitude and other principles of success and laws of nature. This is the first book in a series.